Midsummer's day with Will and Lyra

Today we had the most perfect visit to Oxford. It is midsummer's day and M had requested that we go to the Botanic Gardens to go to Will and Lyra's bench. For those of you not familiar with Philip Pullman's 'His Dark Materials' trilogy I should probably just tell you to go and read it because it is far too complex to explain in a few sentences. At the end Will and Lyra agree to meet every midsummer's day at midday at a particular bench in the botanic gardens, since it is a place that exists the same in both of their worlds. There is quite a detailed description of how they reach the bench and I was not totally convinced that it was a real place but we decided to go anyway. We were hoping that it was long enough since the book was published for there not to be hoards of people thinking the same thing.
"There was an ornate gateway, with stone seats inside, and while Mary and Serafina sat there, Will and Lyra climbed over the iron fence and into the garden itself. Their daemons slipped through the bars, and flowed ahead of them into the garden. 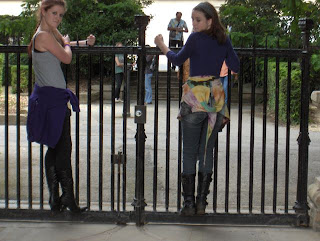 "It's this way," said Lyra, tugging at Will's hand.
She led him past a pool with a fountain under a wide spreading tree, ...... 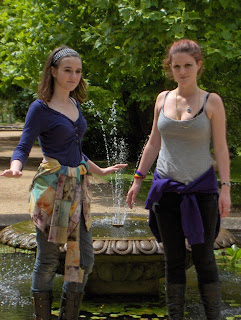 ... and then struck off to the left between beds of plants towards a huge many-trunked pine. 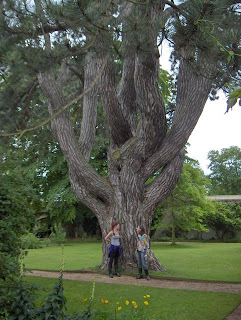 There was a massive stone wall with a doorway in it, and in the further part of the garden the trees were younger and the planting less formal. 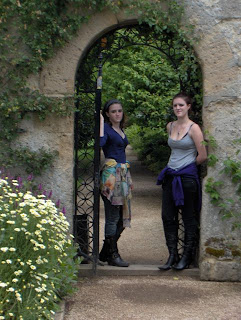 Lyra led him almost to the end of the garden, over a little bridge, to a wooden seat under a spreading low-branched tree.
"Yes!" she said. "I hoped so much, and here it is, just the same..... 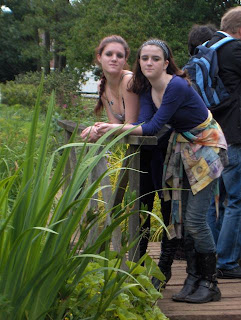 Will, I used to come here in my Oxford and sit on this exact same bench whenever I wanted to be alone, just me and Pan. What I thought was that if you - maybe just once a year - if we could come here at the same time, just for an hour or something, then we could pretend we were close again - because we would be close, if you sat here and I sat here in my world -"
"Yes," he said, "as long as I live, I'll come back. Wherever I am in the world I'll come back here - "
"On Midsummer's Day," she said. "At midday. As long as I live. As long as I live ..."
He found himself unable to see, but he let the hot tears flow and just held her close." (P.511-512)
We arrived at the bench and found it occupied by a young man. We waited around a bit thinking he would leave, but he didn't. So eventually I went up to him and asked if he was sitting there for some reason. And he said yes, he was waiting for his girlfriend and he was planning to propose to her right there because the book was special to them both. We were all so overwhelmed at something so romantic that of course we gave them the moment there on the bench with Will and Lyra. His young lady was five minutes late and we sat at a discrete distance and hoped everything was alright. But it turned out just fine and she said 'yes' and here they are: 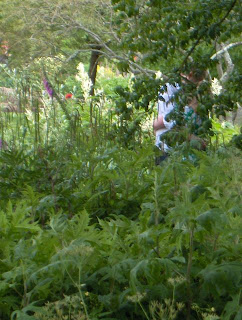 After a little while we did get to have our moment on the bench too, not too long however because there were quite a few other people all coming for the same reason. One young girl from Ireland had come over specially and had waited several years for the opportunity. 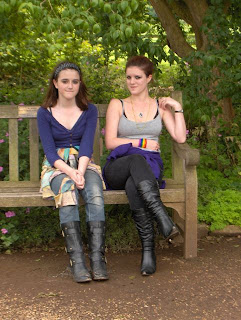 M reading the book right there. 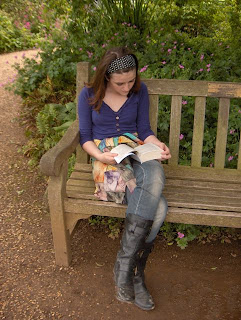 And someone had carved Lyra's name in the arm of the bench. 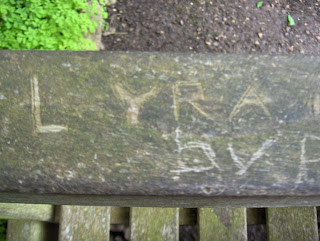 While we waited this robin appeared and hopped about our feet as we sat on a nearby bench. It seemed kind of appropriate to me. He seemed a bit like a daemon. 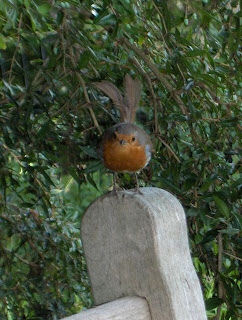 As we were walking back up into town M paused and looked down the adjacent side street and spotted this lovely gateway, which just happens to be the college where the open casting was held for the part of Lyra in the 'Golden Compass' film. Every time we have been to Oxford since M has insisted we try and find it but we never have, obviously because it is farther down the high street than we might be bothered to walk. We came here in April 2006 with Julie and R and stood in line for four hours in the rain. 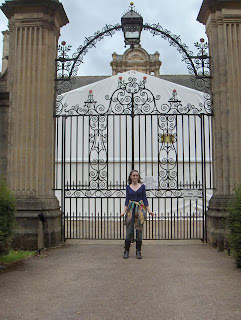 To finish off our trip to Oxford we went to Yo Sushi for lunch to celebrate Tish's graduation from college. We had a lovely meal, but in trying to stack up all the bowls to take a photo we knocked them flying and made a huge mess! 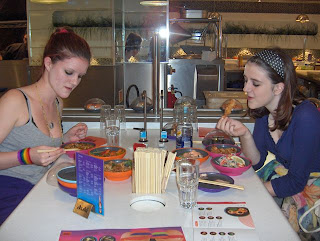