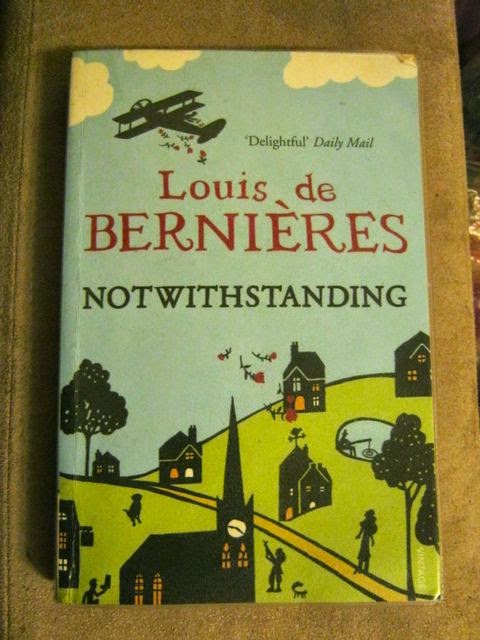 'Notwithstanding' by Louis de Bernières was picked up randomly in the library because I was attracted by the title. It turned out to be a charming (the only appropriate word) collection of tales about village life, set in a somewhat bygone era, based vaguely on memories from the author's childhood. I'm not sure it was intended but many of them are about the old stalwarts of village life and their eventual demise, maybe symbolic of the fact that such communities are literally, as well as metaphorically, dying out. They are not a continuous story, but many of them have characters in common, particularly the 'hedging and ditching man', who appears in many but does not get his own story. The village is populated with people like Joshuah Entincknapp, Leafy Barkwell and Royston Chittock, the Major and the Colonel, Sir Edward Rawcutt and Miss Agatha Feakes. In one tale a young boy becomes a man when asked to catch a very big fish. Several include people who live with and chat to ghosts, and in several others people have complicated relationships with animals, both wild and domesticated. While bits of the book feel twee and clichéd there are moments when he really captures something quite poignant, here talking about Mac and Mrs Mac:

"They had married after the Great War, when she was a bonny laughing girl of eighteen, and he had already been reduced to a semi-silence by the infernal din and carnage of Ypres and Passchendaele. They were of a generation, more than any other that has ever lived, that had been cauterised by history, and come through it all with the conviction that there is no higher aim in life than to live with common decency." (p.69)

And this is young Peter, coming of age in the 60's:

"Peter started to wonder why life was meaningless. Given his Anglican inoculation, it was perhaps strange that this should have happened. But it wasn't that he knew life was meaningless; it was that, deep in his bowels, he began to experience it. His bones and blood began to tell him that one day they would be nothing but earth and ash." (p.104)

One of the encounters with the hedging and ditching man:

"The hedging and ditching man was an unexplained person. He was at that time in his sixties, very slim and fit. He wore braces and a flat cap, and worked in shirtsleeves even in winter. He had laid hedges and cleared ditches since he was a youth, but nobody knew who employed him or paid him, or where he lived. Parents told their gullible children that he was a supernatural being appointed by nature, who turned into a birch tree at night, and ate leaf mould in his sandwiches." (p.66)

And just because I loved the word 'disembog':
"Somewhat in advance of the hunting season, Piers de Mandeville set off one evening to scout the Hurst for fox earths. He encountered his particular little vixen at a place near one of the ponds where, within living memory, Prince George of Denmark had got bogged down in his carriage on the way to Petworth, and the men of the village had gathered to disembog him." (p.126) 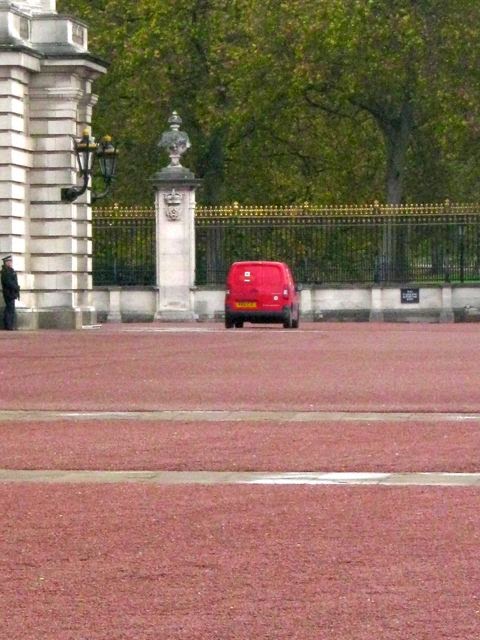 I am on leave and so went to I spent a couple of days this week hanging out with my big sister Claire, chatting and eating cookies and watching films. We set the world to rights and sorted out our respective children's lives. It was a lovely way to spend a few days. We went to see 'Interstellar' ... it was unfathomable, and the story is full of black holes, but an excellent spectacle if you like that kind of thing.

Then yesterday I travelled back up to London and spent the days with Monkey ... who I have not seen for nine weeks, the longest separation we have had in her entire life. She is now a real Londoner and knows all about the underground and oyster cards and which way it is to the river. She met me at Victoria and we took a circuitous walk past all the tourist highlights of the capital. We started with Buckingham Palace where there was a big crowd for the changing of the guard, but I was more excited to get this photo instead, of the queen's postie. 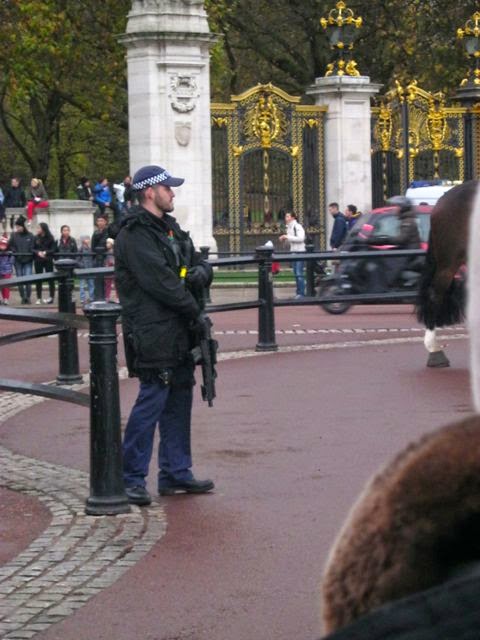 And this photo of one of the many, many policemen dealing with the crowd out front; this is the first time I have seen a real live policeman with a gun. It felt surreal, who did he think he might need to shoot? 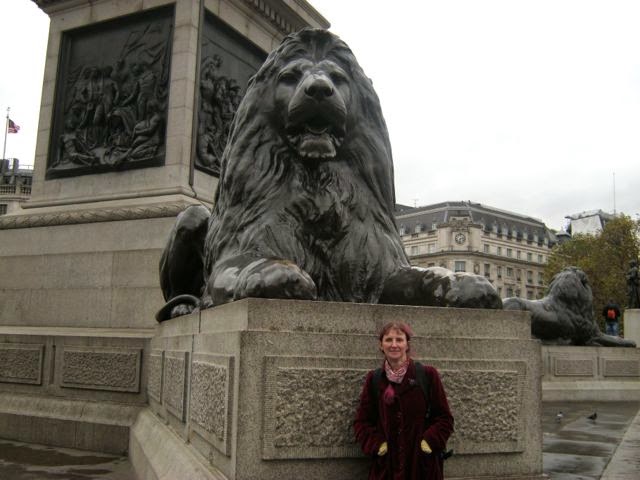 Then we passed the National Gallery and Trafalgar Square. I am a bit old to climb on a lion or jump around in the fountains. In searching for somewhere for lunch we detoured past the Houses of Parliament and the Thames and the London Eye. 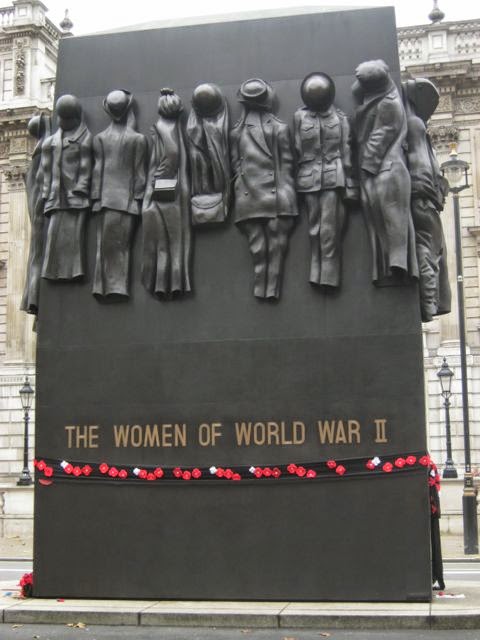 We called in on my nephew Mat who is an assistant manager in Morrisons on Tottenham Court Road and then spent a while with the mummies in the British Museum. We saw the war memorials that had been decorated earlier this week for Remembrance Day and also, totally coincidentally, we passed by the small memorial to the people who died in the terrorist bus bomb on 7th July 2005.

By this time it had been a pretty long day so we ended up eating doughnuts in a packed Euston station and having amazingly found some empty seats we sat and chatted until Monkey had to go off to her class. They have a few more weeks of 'lessons' and then in January they start rehearsals for the 'London Season' which is going to be three Shakespeare comedies. For someone who hopes to spend her career performing she is still not fond of being photographed, but here she is in her Monkey hoodie.
Posted by martine at 23:45