For the last couple of weeks I have been working on a little something for my favourite two-year-old, who has become enamoured of Winnie the Pooh. This is really just a quickie to show them off as Creature and I took them round for her this afternoon (it being many months 'til her birthday and there was no way we could hide them for that long.)

Many many years ago now, probably at least 15 or 16, I found this book, The Pooh Craft Book by Carol S. Friedrichsen: 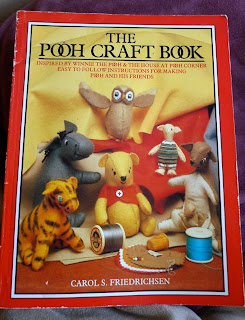 in our local library in Belmont. I made a set of the Pooh characters for Lucy, the then very little daughter of my good friend Michelle, who is a huge fan of the Winnie the Pooh books. I had not thought of them in years but the Babe's newfound addiction to Pooh reminded me and I sought out a copy on Amazon. I invested a small amount of money on some felt from The Felt Fairy on eBay and dug out the remains of what used to be a vast collection of embroidery silks.

So here they are: 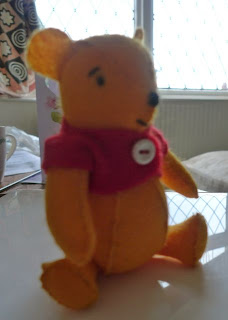 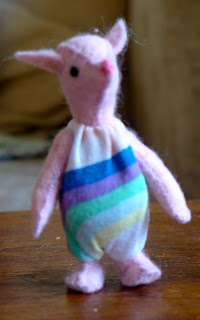 Kanga and baby Roo, who comes in and out of her pouch. 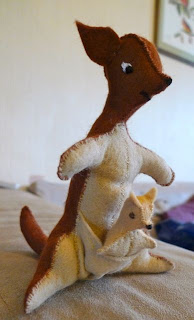 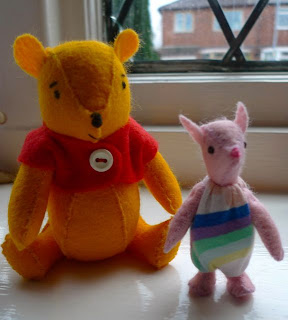 Tigger (I'm the only one) 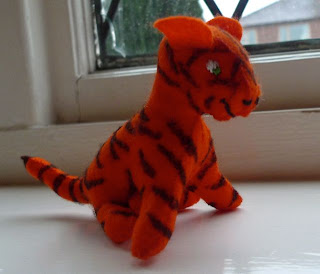 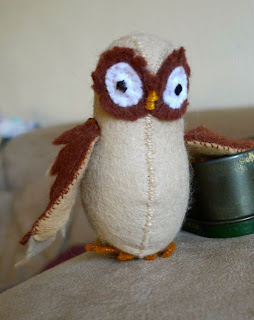 Rabbit (who, the Babe spotted, is lacking a tail, will have to fix that asap) 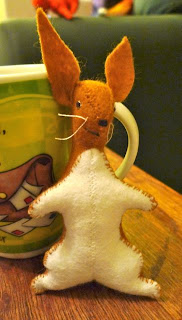 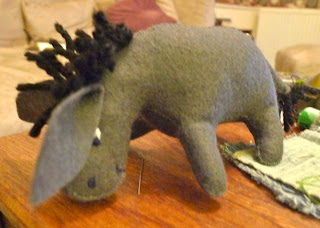 Email ThisBlogThis!Share to TwitterShare to FacebookShare to Pinterest
Labels: home made stuff, sewing