A Week of Making Stuff at Home

It's very easy to fritter a week away, and in fact I have frittered large chunks of this last week, but in order to end each day feeling as if I have achieved something I set myself the challenge of making something every day, in the broadest sense of the word 'make'.

So there were some old favourites, like pancakes for breakfast: 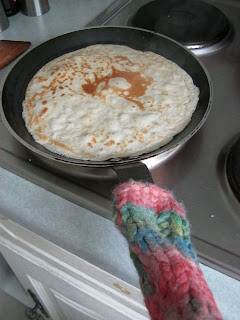 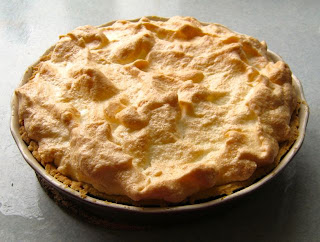 One afternoon we had a batch of Honey Oaty Cookies but they were eaten before I thought to take a photo to prove it.
There have been a few experiments like fresh cream meringues (I have got a bit of a thing for meringue), made, against all the advice, without the assistance of an electric mixer. I am no longer sure which instructions I followed as they all had different advice on the subject of beating in the sugar and cooking times, but they came out very satisfactorily: 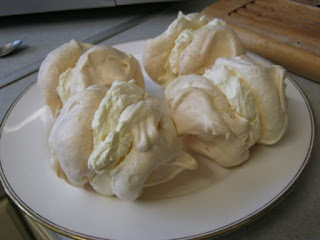 and Peanut Butter Oreo Blondies to this recipe, which were even more wonderful the following morning: 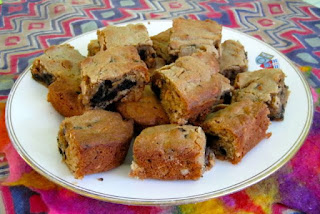 Creature joined in and made chocolate brownies (who ate all the brownies!): 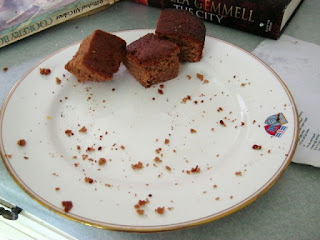 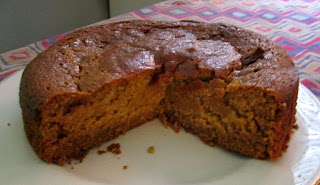 Dunk didn't want to be left out so I took a photo of this delicious Veggie Shepherds Pie that he made for us on Saturday night. It was National Vegetarian Week so we ate veggie all week: 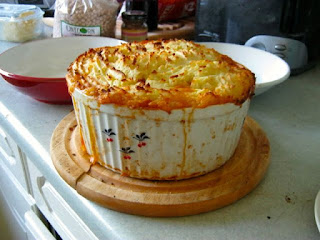 All week I have been knitting stripy hexipuffs, it being over a year since we started the project and the rate of production has dropped off considerably in recent months (total now standing at 238 out of an estimated 400 needed): 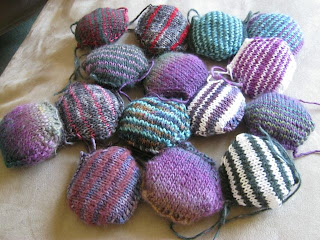 Saturday I decided on some felting and made an iPod cover for Dunk: 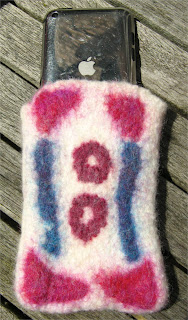 and a Kindle cover for my sister Claire (Hi Claire, will get it in the post on Tuesday) which was supposed to be done for her birthday but I didn't get around to it. I hope it fits as I had to make a cardboard pattern to check the size as it shrank down. 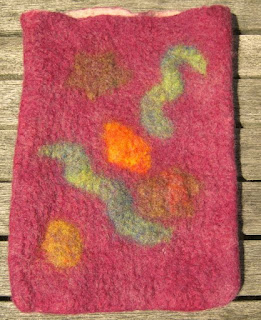 Then Sunday morning I made a new peg bag (tutorial here) 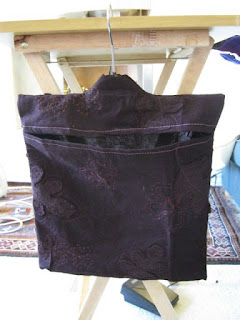 and experimented with making a felt flower following a tutorial on Felters Journey, only partially successful: 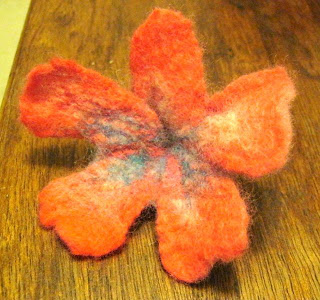 I have recently removed several bloggers listed in the sidebar who were no longer blogging so in the afternoon I decided to make a new 'blog list' that is just a general list of people I visit on a regular basis, it encompasses everything that I find interesting about the interweb.