When mum first proposed a holiday together I was a bit stumped. I had no 'bucket list' of things I wanted to do or places I wanted to go; I never imagined having the money to travel so had not thought much about it. When I mentioned going to the Anne Frank house in Amsterdam I think she was a bit disappointed. The plan emerged quite gradually, mum's only request was being able to use her spanish. Neither of us was interested in lounging on a beach or sipping cocktails. The travel agent's initial plan entailed hotels and rented cars. I didn't want to have someone else decide everything so we politely rejected her itinerary in favour of doing our own arrangements. Mum reckoned it cost about half what it would have done if we had gone with the original plans.
The thing we agreed on was the principle of experiencing the rainforest. We didn't go 'off the beaten track', but we really did go into the wild forest. 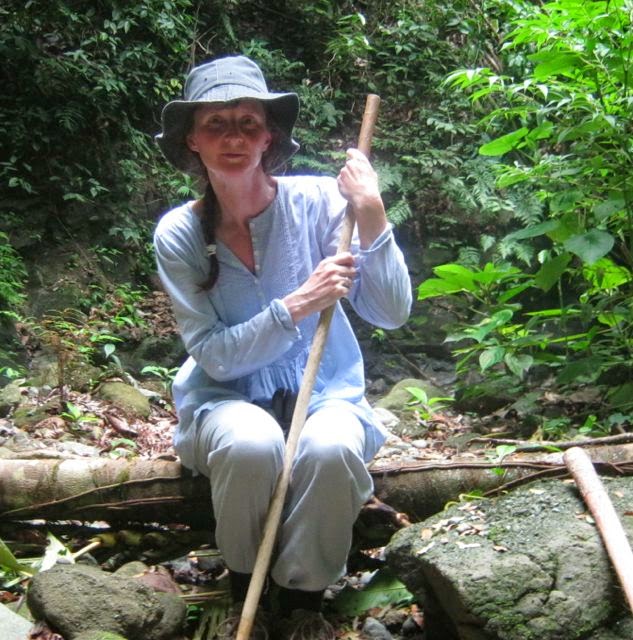 In terms of 'adventure' the second day was my favourite: the flight on the tiny plane and the collectivo bus ride and the walk along the beach were all part of feeling that we were remote from civilization, that we were seeing a part of the world so different from the one we knew. 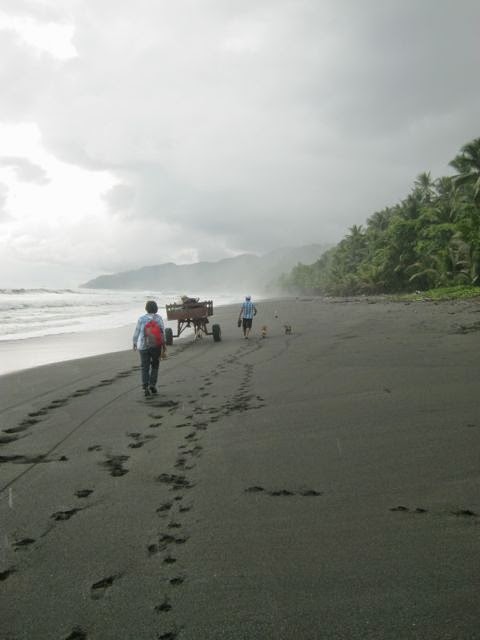 La Leona gave us a tiny taste of paradise, without it feeling luxurious or self-indulgent. The Pacific Ocean was 30 metres in front and the rainforest was 30 metres behind us. 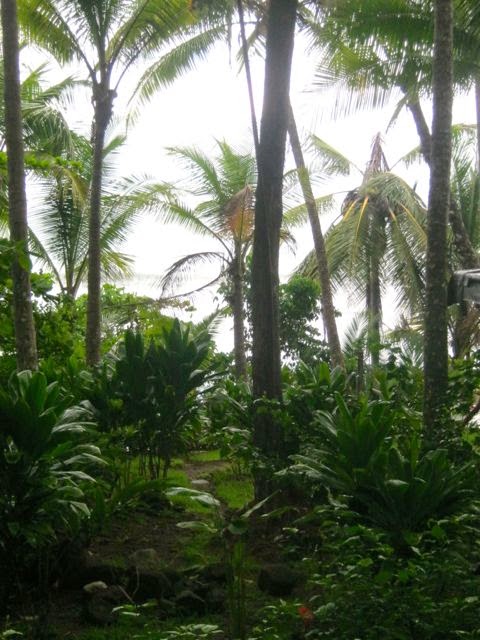 Most magical moment was our first encounter with wildlife. The first morning we set off up the self-guided trail in the private La Leona reserve. At the top of the hill we came upon two tapirs asleep in the undergrowth. They were just there, minding their own business, having a nap. I think it was the first time I have seen such a large wild animal that wasn't under some kind of control by human beings: 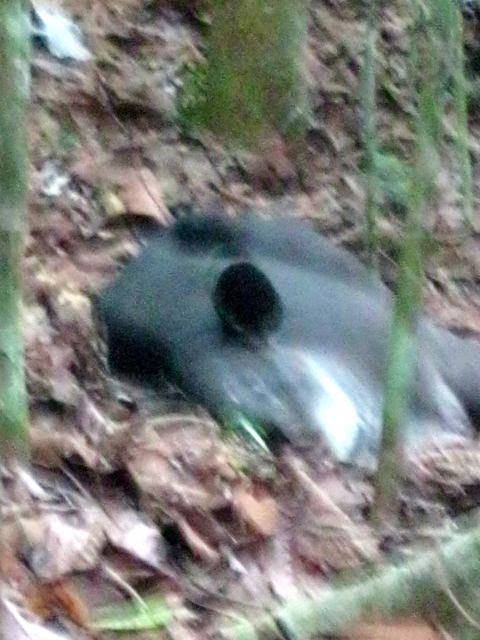 The encounter with the family of coati was another of my favourites. What I was astonished to find was that the animals were not afraid of humans (except the Tayra that we also saw this day but did not stick around to be photographed). I had assumed that if they noticed us they would run away and all we would get was a fleeting glimpse, but on the contrary, they were utterly unperturbed and carried on regardless: 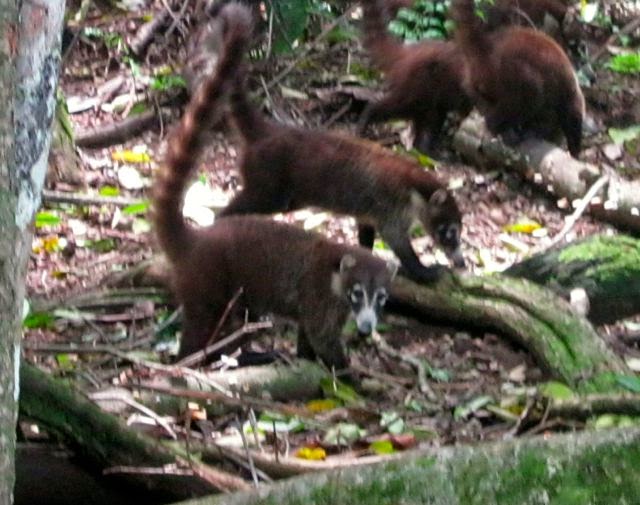 Jim was another highlight of our stay at La Leona. Here he is communing with the coati. He knew so much stuff about the rainforest and I learned so much from him. Our hikes never felt like preplanned tours to see the sights; everything we encountered was spontaneous and unexpected. He is a lepidopterist by inclination and has his own species that he discovered and documented. 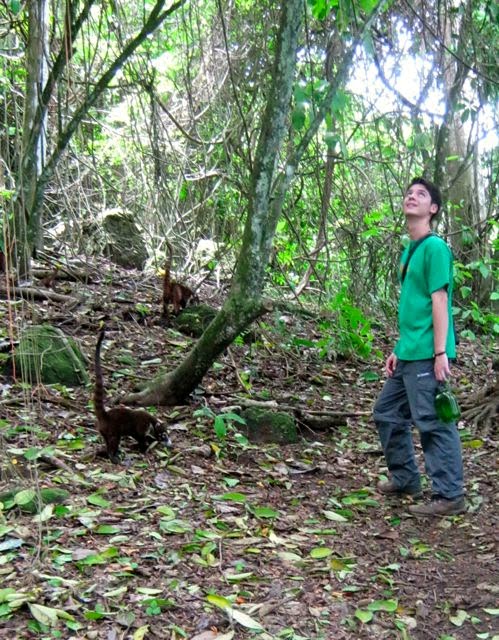 The black vultures became my favourite birds; we saw them everywhere, often circling: 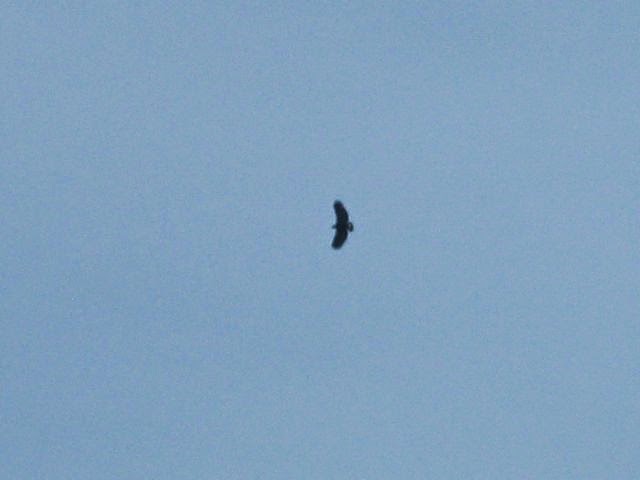 And look, we found a place where chocolate grows on trees: 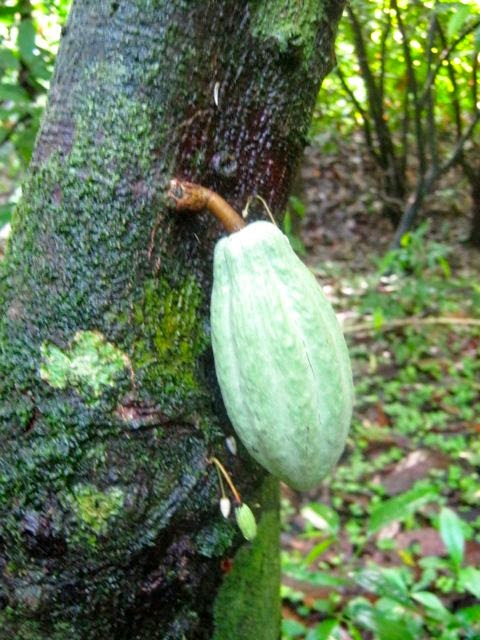 The only scary moment for me was that first walk at La Leona. We were enjoying watching a line of red army ants that were alongside the path then I stepped over the roots of a tree to find that we had discovered the nest and the entire path was swarming with ants. I could not avoid treading on them so I panicked and retreated. We had to do a quick hop-skip-jump over the swarm hoping they would not mind too much and decide to gang up on us.  This is the nest below the tree roots, it is a couple of metres square in area Last night at La Leona we had a real pacific storm; Jim lit the candles in the garden when we were waiting for dinner to be served, and they did survive the first few minutes of rain. In a short space of time the paths were mini streams, and then the thunder and lightening started. We sat in the dining room and just watched the spectacle: 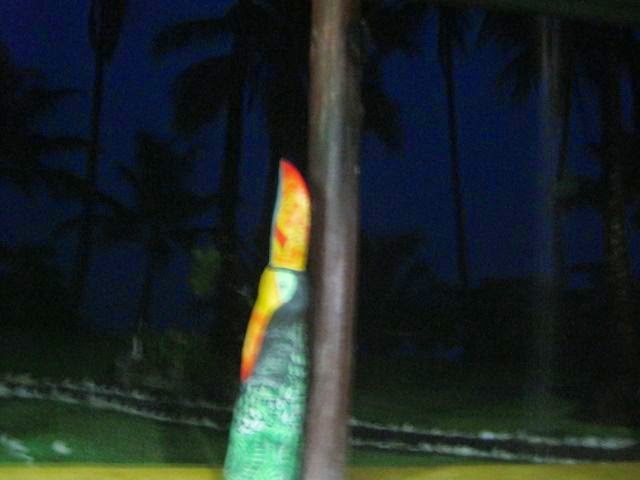 Taken seconds after the one above, the lightening did not flash across but lit up the entire sky. It was a fantastic dramatic end to our stay on the coast: 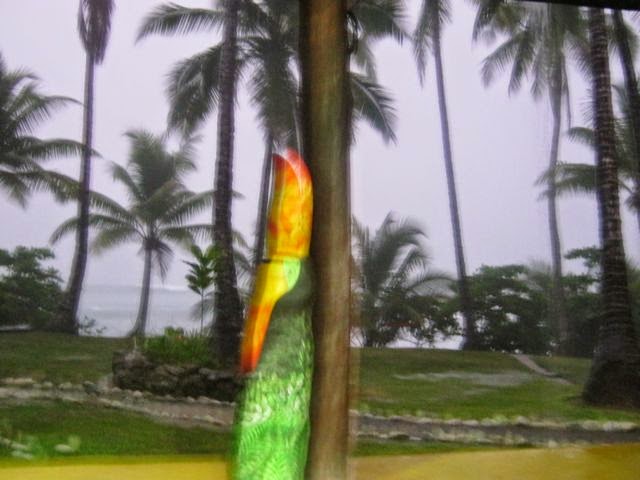 But just being in the rainforest was the best thing. The forest does not smell as I expected. it felt as if you were breathing pure oxygen, the cleanest air imaginable. I worried that it was naive to expect to feel like an explorer rather than a tourist but we did, and I loved the feeling of being surrounded by untamed nature; there are few places in Britain where you can find this: 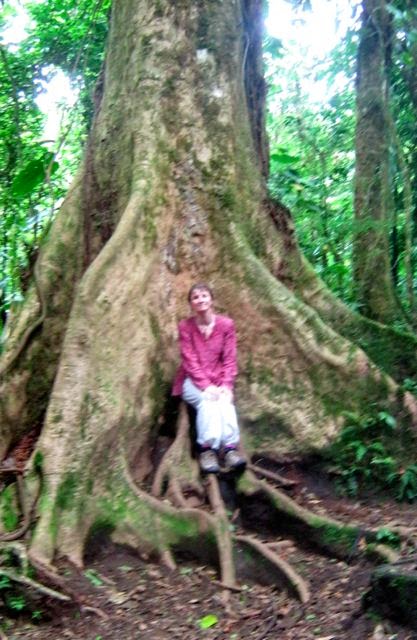 and you never knew what you were about to come across:
If the definition of an adventure is "an unusual and exciting or daring experience" then I think that it certainly lived up to expectations. 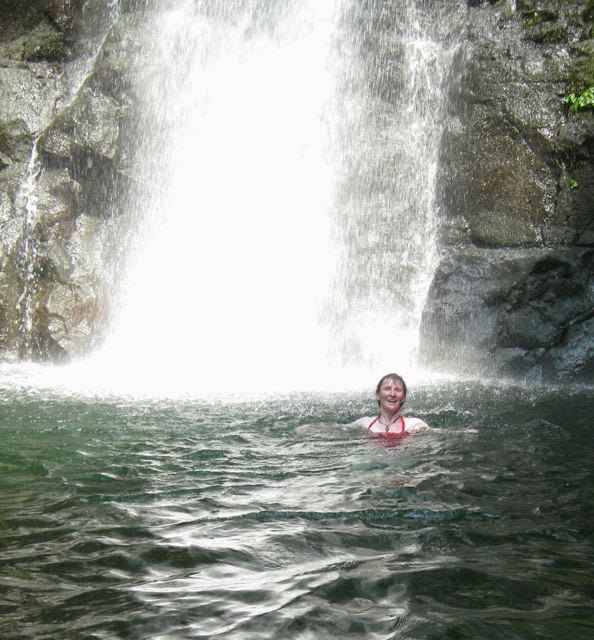