I feel like I have not posted much recently. Life has escaped me, mainly, if I am honest, because of too much Words With Friends. But on the plus side my brain has still been working hard. I have been doing another Coursera course on 'The Moralities of Everyday Life' with Paul Bloom (see an interesting Ted talk by him here). It has looked at the hows and whys of the moral choices and decisions that human beings make, whether there is such a thing as moral absolutes, the impact of different cultures on morality. It has all been very interesting. A few choice articles that we were sent to read:

I have also been learning Spanish with Duolingo in preparation for a grand adventure that I am taking with my mum in a couple of months; 'Yo no como queso' being my most useful phrase so far, but I am hoping to master more important stuff by the time we are due to head off into the rainforest.

This lovely jumper for the Monkey has been taking a while, it was started just after Christmas. The pattern is called Elfe, though it will be adapted to have long sleeves and it is knitted in green Admiral and variegated orange/red Zauberball both from Schoppel. 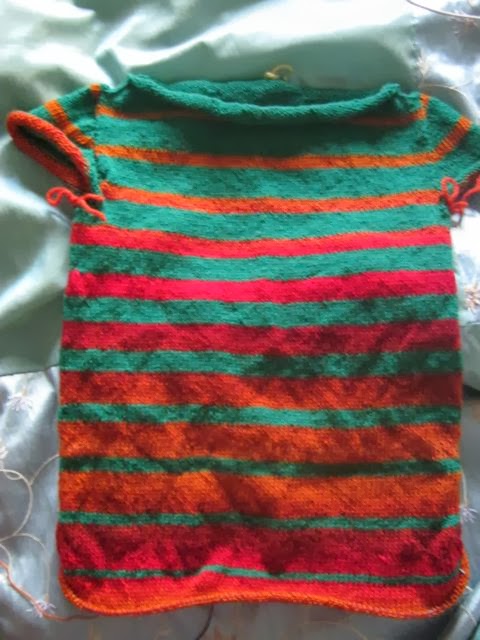 I got a nice lump sum in my wages the other week after Royal Mail and the CWU finally agreed last year's pay deal and we got our back dated pay increase, so I treated myself to a selection of Rowan Colourspun, Sublime Tussah Silk and Luxurious Tweed:

which will hopefully become something like this (Bute from Rowan 52 magazine), though I am going to make it a sweater not a cardigan. Having enjoyed my forays into cabling I thought a bit of fairisle would be a good challenge: 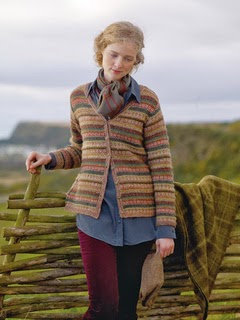 In other news we have started a 'Monkey Fund' to raise money for the Monkey's fees for next year (Year of the Monkey). I have already made nearly £100 selling Sylvanians, Playmobil and clothing on Ebay. My collection of duvet covers, which will go up in an Etsy shop as soon as I get organised, have been listed as well but not sold yet. You can see the entire selection here. 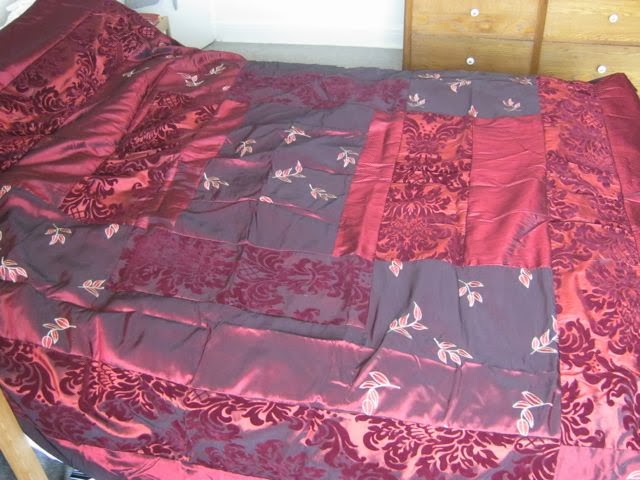 I also made a couple of batiked cotton shopping bags that will also go up on Etsy and have plans for all sorts of other crafty stuff. Add to that we now have a deadline for finishing the Beekeeper Quilt, it's about 97 hexipuffs and counting. It's going to be a busy few months. 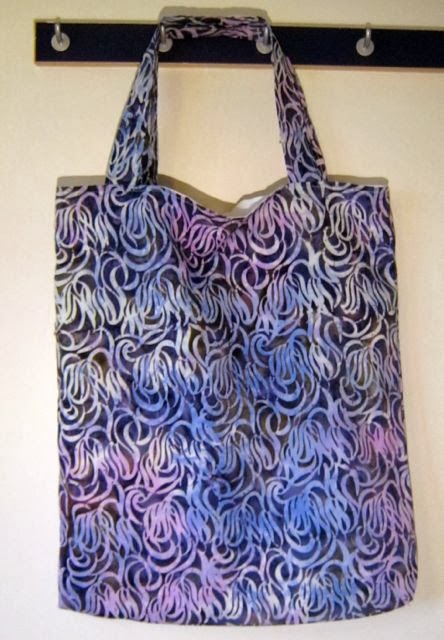