How to put together a chest of drawers

You know how awful it is when an inanimate object manages to make you feel stupid ... well it started out as one of those experiences, but turned out okay in the end.
So the little bolty things that were supposed to lock on to the screws were not working. It was exactly the same as making the book cases so I knew how it was going to go together. After struggling with it for half an hour I realised that the holes were just a little too deep and that we needed to have the screws not quite screwed down tightly in order for it to lock on properly. It was one of those 'eureka' moments as Tish and I realised at the same moment what we needed to do. And after that it was plain sailing. 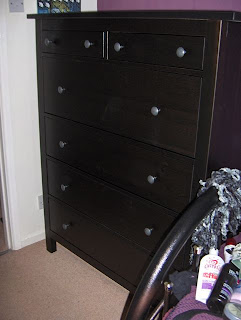 And here is the big poopy mess that has to go in to it (or rather part of it, the rest is on the floor to the side of the photo.) Though now Tish needs one of those little toddler steps so she can reach on top to feed the rats. 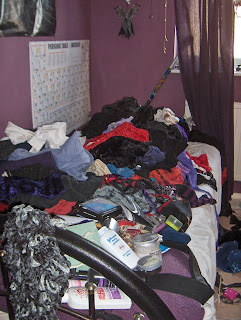