This week I have mostly been being Guy (he was on holiday but I had to use his ID on the PDA as the technology didn't like me logging on in the wrong office). I say 'mostly' because Thursday I was just about to pack up and leave the office when the boss turned up and informed me that someone had gone sick in Moreton and I ended up sorting and delivering a second duty, then going back to do Clapton on the Hill, and not getting home until 5pm.
All week I failed to remember the camera and so failed to get a nice shot of the peacocks at Notgrove Manor: 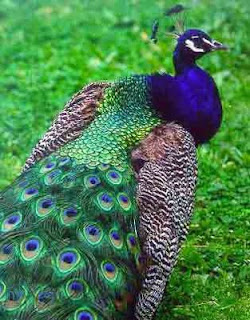 Or the fabulous avenue of 'knotted limes' that line the entrance to the manor, a feature created by pruning back the new growth each year achieving this strange sculptural effect of 'fists' at the end of each branch. 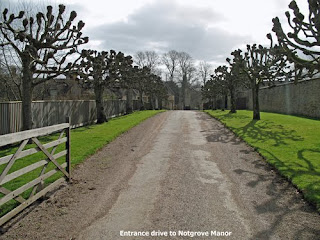 Or of the toad that I rescued from someone's doorstep 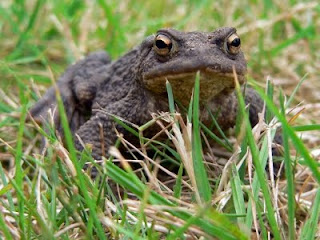 Or of the people 'Sphereing' at Sweetslade Farm, which looks brilliant. 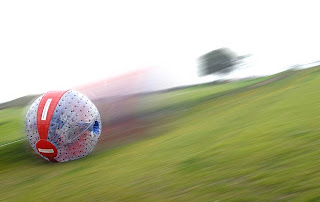 Anyway, will be back to normal next week.
I am racing towards my 200th post, and was supposed to do a post every day this week to reach it, but have failed to finish my book (American Pastoral by Philip Roth) or knit anything or felt anything or have any profound thought of any kind. Maybe next week:-)
Posted by martine at 18:50