J for Jake and Timmy

These books could have been written for our family, and were again purchased for Jacob. They recount the antics of a very badly behaved little boy called Jake, who just happens to have a cat called Timmy (Tish's nickname when she was little was Timi).

'The Day Jake Vacuumed' by Simon James
In the first book Jake has been asked by his mum to do some vacuuming. You can tell by the worried look on Timmy's face that it's not a good idea: 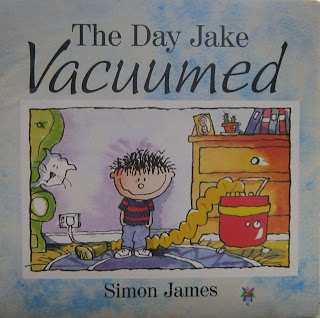 It's not long before poor Timmy gets sucked up: 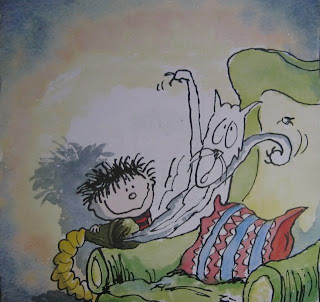 Swiftly followed by his mum, his "horrible goody-goody sister", his dad, and finally the entire page of the book (cue non-diegetic segment where he sits in a white empty space and wonders what to do next): 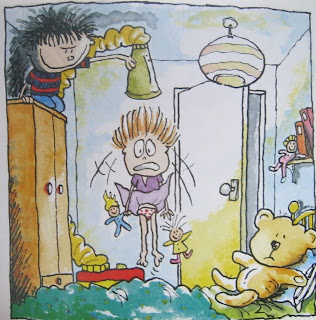 Of course this is all a bit too much for the poor vacuum cleaner which promptly explodes. His dad is pretty annoyed (though I always had a lot more sympathy with this angry dad over the one in HOTREC) and sends him to bed with no supper ... but as Jake muses with relish "At least he knew he'd never be asked to do the vacuuming again." 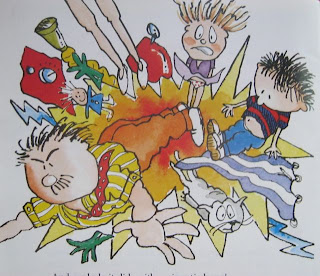 Others in the series include, 'Jake and the Babysitter', in which the unwitting parents invite an escaped gorilla in to look after Jake and they wreck the house: 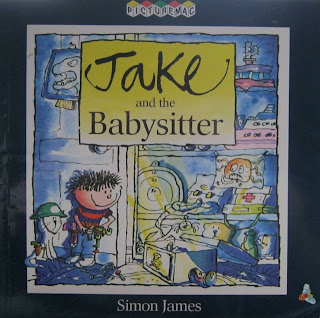 and 'Jake and his cousin Sidney', in which Jake gives his baby cousin a bath and floods the house. They are all a great treat for small children who just love to hear stories about misbehaviour, and of course for parents it allows you appreciate how good you've got it. 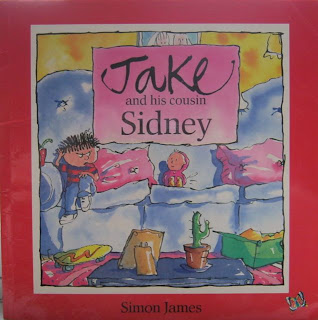