This is slightly cheating but I make the rules for my A to Z challenge and today I am going to write about a few books that I have come across that I thought were brilliant but were not around when my children were little.
First up is Jon Klassen. 'I Want My Hat Back' apparently raised a bit of a furore (Spoiler Alert) because the bear who is looking for his hat finds the rabbit who has taken it and eats him. Although the event is not pictured there is some concern about whether this is okay in a children's story. 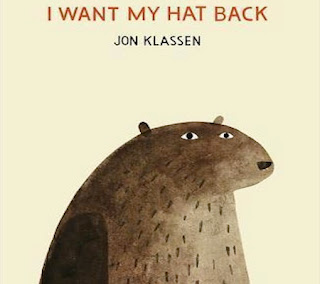 His other book sees a similar story from the other perspective. 'This Is Not My Hat' is told by a small fish who has stolen a hat from a very large fish and is convinced he will get away with it. The big fish hunts him down into the weeds and comes out alone so you are left unsure as to his fate. Both books have a lovely sparse quality to them, just the characters passing across each page in pursuit of their respective objectives. The reader is required to interpret to a certain extent, judging the emotions based on minimalist eye movements. I like the kind of book that is more subtle and allows the listener to engage and wonder what the characters might be thinking. 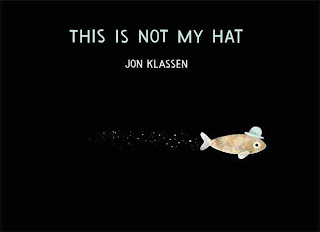 Second up is Oliver Jeffers. His books have a similar feel to Klassen, again they are very sparse with a plain coloured background to each page and minimal uncluttered pictures. These are the ones that I sat and read in Waterstones.
'The Heart and the Bottle' about a little girl who protects her heart by putting it in a bottle. 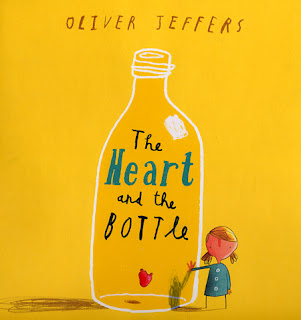 In 'Stuck' a little boy gets his kite stuck in a tree and attempts to get it down by throwing other things into the tree. The story gets more and more surreal as he throws bigger and bigger items and the tree gets more and more crowded . It reminds me of the definition of stupidity; doing the same thing over and over and expecting different results. 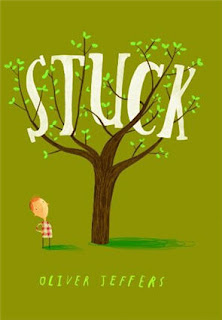 The one I really loved however was 'This Moose Belongs to Me' in which a boy discovers the true meaning of friendship and how you shouldn't take anyone for granted. 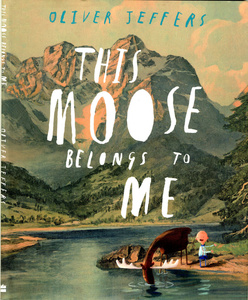 I mentioned 'Stanley's Stick' by John Hegley (illustrated by Neal Layton) back in October when I saw a  most peculiar dramatisation of the story during the Manchester Literature Festival. It is just a lovely story about a little boy and a stick and the games he plays. I liked it because it makes me think of Lewis and the years I spent going on outings with him and *always* coming home with a stick. They are just the best toys ever. 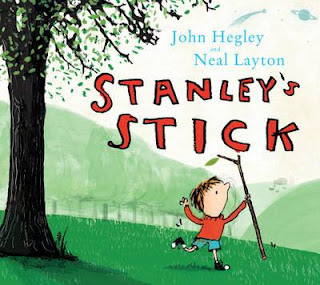